← more from
Lewis Recordings
Get fresh music recommendations delivered to your inbox every Friday.

by Legion Of Goon 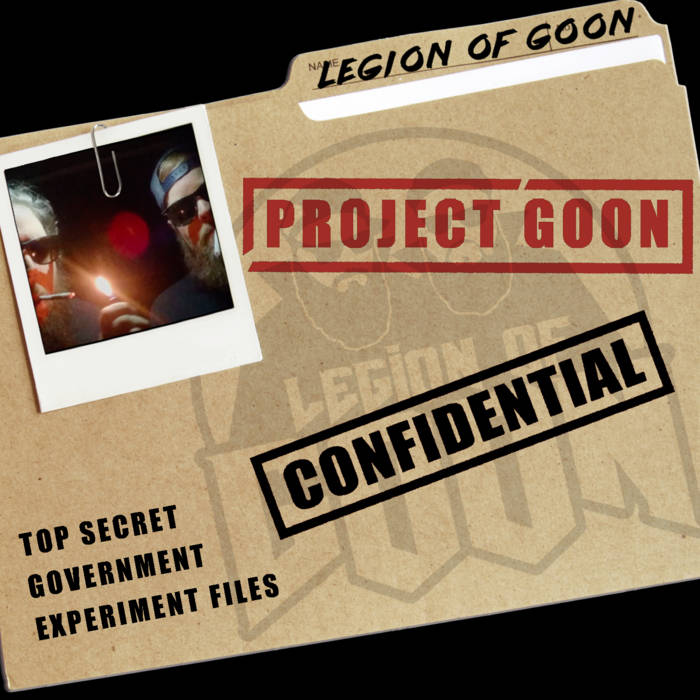 ross Adam west with a bag of sess!!!!!! Bought this when it came out, still bumping it in 2020 and probably for a loooooong time after that. Bangin rap shit. It’s a crying shame more people haven’t heard of these guys. Look at the rap shit that’s all over the radio compared to this high quality shit! There’s no justice in the rap game!!!!

Kushed Turn your woofers and volume up for this one. BANGER !!! Favorite track: SMASH!.

The Real Mr B

Every HERO & VILLAIN has their cool origin story but that isn’t always the case sometimes.

After unknowingly smoking something suuper radioactive, which was grown inside an underground laboratory deep in the earth’s core, somewhere like in a mountain or something, by mad scientists working on a TOP SECRET government experiment named “PROJECT GOON”, our dastardly duo were bestowed with ultimate MEGA RAP GAWD SUPER POWERS & capes & sunglasses & shit.

Stig Of The Dump aka King Grizzly aka GOON and Stu The Don aka King Hippo aka GOON are double-'ard, mad fly rap stoners; LEGION OF GOON.

SUPER VILLAINS to many, SUPER HEROES to a hardcore few.

“It is the purpose of the Legion to align our infamous forces against the powers of good & defeat them, leaving us the rulers of the world”.

Stig Of The Dump London

Bandcamp Daily  your guide to the world of Bandcamp

Little Brother joins the show to discuss their beautiful journey, plus tunes from Fat Tony